Thank you for taking the time to review the project located at 369 Valley Street in Noe Valley. We are a group of neighbors in close proximity who are writing to you about our concern over losing this neighborhood gem.

Only 19 Earthquake Shacks remain in our great city, according to a 1998 report by the San Francisco Historical Society. The Earthquake Shack at 369 Valley Street is one of only two left in Noe Valley. There are some additions to this historic home, but the Earthquake Shack remains very much intact. We are very concerned that the developer who recently acquired this property is proposing to demolish it, arguing that this property “should not be considered an historical resource.” We write in opposition to the developer's disregard for the charm and history of this property, as well as its attempt to sidestep the law.

The developers of this property hold little regard for the history and charm of this home, and its part in the fabric of our neighborhood. In a report filed by the company hired by the developer, they acknowledge that the “determination that part of the building was originally a Type B earthquake shack is correct.” Rather than honoring this home's 100+ years of history to protect displaced survivors of the great earthquake and fire of 1906, they instead wish to demolish it to build a contemporary 5000+ square foot single-family structure.

In lieu of providing new information to overturn the previously validated historical classification, they instead resort to questioning the credibility of a respected member of our community and founder of the Society for the Preservation and Appreciation of San Francisco Refugee Shacks, Jane Cryan, even though her conclusion has been corroborated by the Planning Department.

Further demonstrating a lack of good faith to protect the history and fabric of this charming neighborhood, the developers never once mentioned its designation as a Historical Resource during a mandatory Pre-Application Meeting on March 7, 2015.

Rather than maintain the history of this home, something everyone in this neighborhood has the chance to appreciate, they aim to erase it from the history books and replace it with something that can only be appreciated by the select few who can afford a single-family home of such scale. Quite simply, this would be a tragedy for all of us.

We want to note that this project, as proposed, would do nothing to resolve the City's ongoing housing crisis. It would only serve to replace a relatively affordable home with an astronomically expensive one.

We believe that the owner of this property has the right to restore and improve this unique home. But the integrity and spirit of this historic resource must be preserved in this process. This home represents the resolve and soul of our great city. Please help us to protect one of the few historic gems in this city by not allowing this company to mortgage our history and traditions for their short term profit.

Thank you for your attention to this matter. 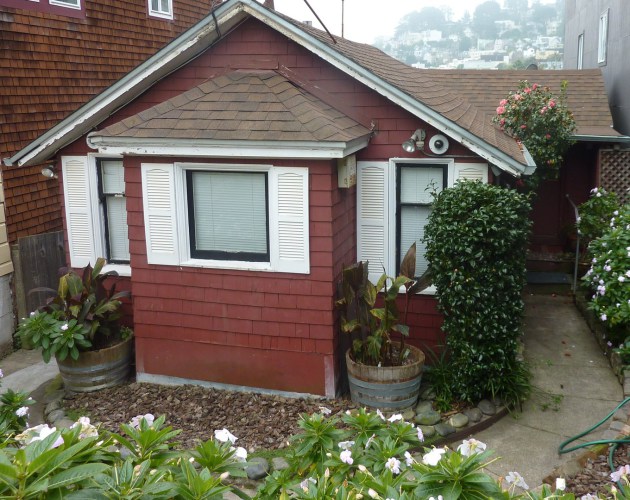